Maternity and Paternity Leave Laws Around the World [2017]

Having a baby and welcoming that new life to the world is a joy for parents. But being able to step away from work to care for the baby can vary significantly depending on your job and where you live. Being that CapRelo is a global mobility company that helps companies and individuals relocate throughout the world, we wanted to take a look at the family leave laws on a global scale.

We felt this was particularly an important subject to cover as this impacts many families involved in the relocation process. Not only do these families have to adjust to their new surroundings, but they also have to adapt to new laws regarding maternity, paternity, and paternal leave, if applicable. For this study, we focused on the family leave laws in the 25 countries with the highest GDP as well as the members of the European Union in order to get a variety of countries throughout the globe. Information was taken from government websites, an ILO report, and WageIndicator.org.

Countries with the best family leave

Consider yourself lucky if you’re in the following countries that provide generous maternity policies: Australia, Poland, Bulgaria, and Sweden. For dads, paternity laws in these countries were some of the best in the world: Finland, Slovenia, Lithuania, Sweden, and Brazil.

Swedish parents are lucky in that they are entitled to 480 days of paid parental leave when a child is born until the age of 8. During 390 days out of 480, they are entitled to 80 percent of their regular wages, and the remainder at a flat rate. Fathers in the Netherlands actively participate in “Papadag” (daddy day), which is a day off of their workweek during paternity leave to spend taking care of their children. The driving force behind this is to promote a better work-life balance and equality in parenthood.

In regards to pay, we were pleased to find that the majority of countries pay 100 percent (or close to) of the wages to the mother and father during their leave.

Interestingly, many countries do not have laws that give significant leave time for mothers or fathers. This can be a difficult reality for parents. The United States, for instance, has one of the worst policies in that there is no mandated leave for mothers and fathers. With that being said, maternity and paternity leave is up to the employer's discretion which can be a positive or a negative.

One pattern that was fairly consistent was the lack of leave time for fathers. Paternity leave is almost always lower than maternity leave, but it was surprising to see how little some fathers actually get. According to our research, the following countries have no mandated paternity leave in place for fathers: Japan, Germany, India, Russia, Switzerland, Croatia, Czech Republic, Austria, Ireland, Malta, Cyprus, and Slovakia. Some countries, such as Mexico, Saudi Arabia, Taiwan, Korea, and Indonesia, have below-average maternity leave laws.

Overall, the statistics we found show that family leave laws can vary significantly throughout the world. It’s no secret that this is a passionate and important subject regardless of the country someone lives in. Mothers are almost always allowed longer leaves, but paternity leave has been growing in recent years. Even if you have little control over your next country of residence, it’s vital to understand these policies and take them into consideration. However, no matter the family leave laws, a new baby is a wonderful (if maybe stressful) thing for new parents. 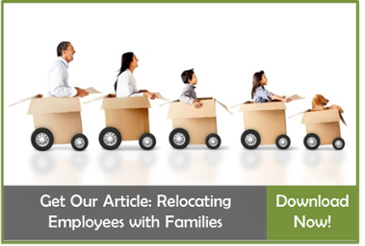